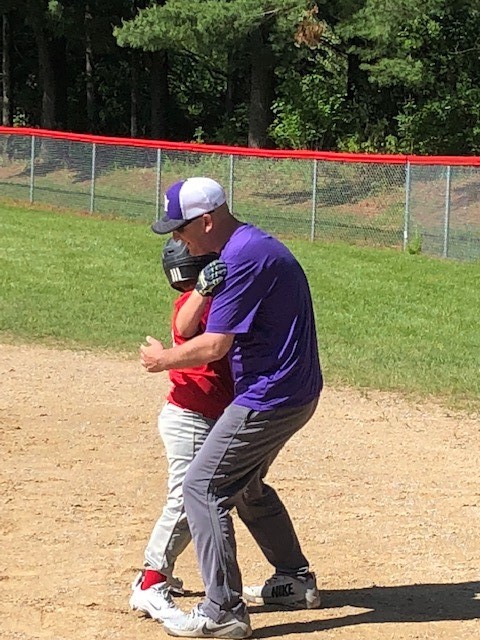 The 10U division is a league for 9 & 10 year olds.  Introduction to hard ball where kids are doing the pitching/catching.  Little League rules apply with some customization for our league.  All games are played against other teams in WD Baseball.  New teams are drafted each year.

Players registered in this division will go through an evaluation process on a date determined by the league in April.  Independent evaluators will used (i.e. an adult who doesn't have a player in this division or a high school player who doesn't have a sibling in the division).  A coach from each team is allowed to observe evaluations, but is not allowed to coach or engage with any of the players during the evaluation.  Scores will be assigned to each player as they are evaluated on throwing, fielding, catching, hitting, and pitching.  These numbers will be compiled by the coaching coordinators who will then supervise a draft with a coach from each team.  Coaches will select players from the evaluation sheet utilizing a snake draft.  The draft order will be randomly selected.  There is no requirement for teams to have an even number of 9 and 10 year olds.

Game nights are expected to be on Mondays and Wednesdays for the 2022 season from mid May through mid July.  This is subject to change based on the number of teams.  The published schedule goes to the end of July with the purpose of getting in as many games as possible.  If inclement weather cancels a game, an attempt to reschedule the game at the end of the season will be made, but is not guaranteed and is dependent on teams being able to field enough players to play the game(s).